Angelic Pretty (アンジェリックプリティ) is a japanese brand focusing on Sweet Lolita clothing. It is considered one of the core brands of the style along with BTSSB.

Angelic Pretty is one of the earliest of the Lolita brands of clothing and is today one of its largest contributers. Founded in 1979, the brand has been around and setting the general style of Lolita fashion ever since.

The brand has recently started to take advantage of growing international interest (spurred by the release of the Gothic & Lolita Bible in other nations) by launching an english language website for the first time and presenting two of their top designers, Maki and Asuka for public appearances and community events.

Asuka and Maki, the two public faces of Angelic Pretty have recently been seen at PMX events as well as in Lolita panels and in the Angelic Pretty store, representing the brand personally.

Maki, originally from Saitama prefecture, started working for Angelic Pretty in 2003 and has since become one of the company’s lead designers. Her eduction background is in illustration and worked her way through college with her illustrations at Angelic Pretty. Her current responsibilities include the design of socks and the choosing of base cloth and thread for Angelic Pretty products.

Asuka, from Kanagawa prefecture, started working for Angelic Pretty in 2001 and has also become one of the company’s lead designers, as well as overseeing the press work of the company. Her educational background is in Design of clothing and accessories and started woking for Angelic Pretty directly after finishing school. Her current design work includes Bags, Shoes, and Parasols.

The concept of Angelic Pretty is "For girls who want to be cute forever without forgetting their dreaming heart". Imai Kira, a famous artist who draws Lolita girls, is in charge of the illustrations for their overly sweet prints. The sizes are a bit looser than BTSSB, but are also a little higher. The overall impression of their garments is that there are many vibrant fabrics, eye-catching prints, and highly detailed lace. Due to the high amount of details, the clothes may feel a little heavier than from other Lolita brands. They not only sell dresses, blouses, skirts, and accessories, but also cutsews, cardigans, and hoodies for casual wear.

Angelic Pretty is one of the few Lolita brands which also has a store in the US, and also ships worldwide from their online shop. 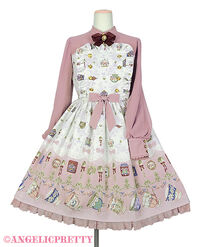 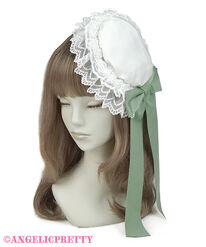 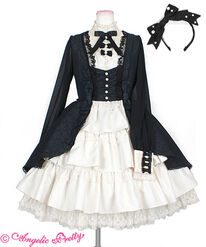 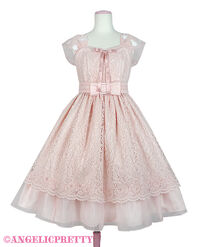 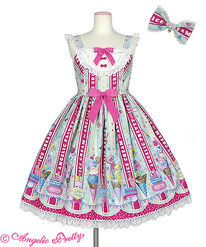 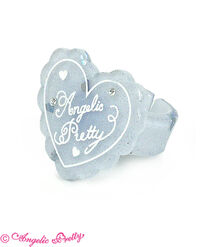