アングラ
Angura Kei (アングラ) is a dark japanese fashion that is often associated with the Eroguro Kei subgenre of Visual Kei. The term derives from the japanese pronunciation of ''underground'', which refers to its origins in undergound theater.

The clothes tend to be heavily influenced by traditional japanese elements as well as the Showa era (1926-1989) but with a Goth spin to it. The make-up usually consists of shironuri, and is dark and heavy. While kimono are the most common used by visual kei artist, the style also often features modified japanese school uniforms. Motifs and accessories are themed around post-war Japan and the occult. 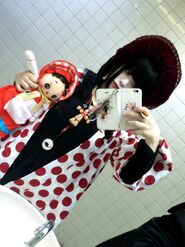 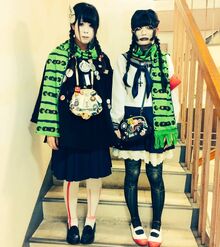 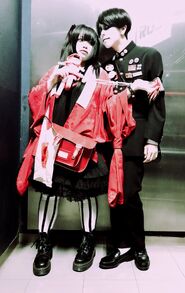