アリストクラット
Aristocrat (アリストクラット) is a dark japanese fashion that is a lot more mature than Lolita in general. It has a lot in common with the western "Romantic Goth".

In general, there are no cutesy motifs (prints, lace, over-abundance of frills, bows, etc). Skirts are often worn long, although sometimes they can be shorter, especially in the hotter months. High corseted waists on skirts is common, so are actual corsets (all types). Fitted jackets with tail coats are popular, so are frilly shirts (and cravats), top hats, veils, etc.

An Aristocrat's hair is usually done in a mature style. Buns and other lifted styles are common, however it is okay to wear your hair down, short and/or curly (try to avoid lolita-like barrel curls though). Extreme hairstyles are usually done in conjunction with extreme make-up, usually for things like fashion shows. Often times it's much too troublesome to go to such lengths for daily wear.

Make-up is also usually mature and sometimes on the darker side. Extreme makeup is usually not done (except for special circumstances such as fashion shows and club events). Somewhat darkened eyes and dark red lipstick is common. Lighter colors can be used, but generally only on the lips.

This style can be worn by men and women easily, often this is a very good style for men to take up if they want to dress up too. 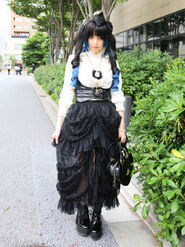 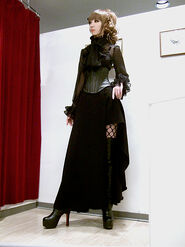 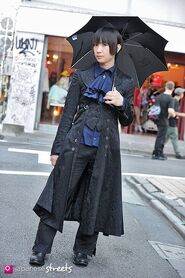 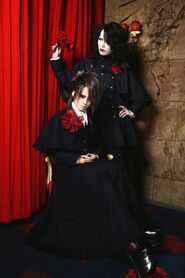 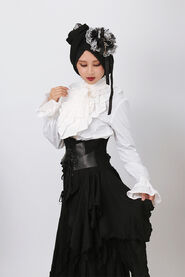