ゴスパンク
Goth Punk (ゴスパンク) is a dark japanese fashion that is influenced by western Gothic and Punk styles. The style is mostly associated with fans of Visual Kei bands.

The most common feature of Goth Punk is an androgynous look with ripped clothes, bondage pants, and platform shoes. There are many rebellious elements such as spiked hair, safety pins, studs. Since Goth Punk incorporated Punk Rock, the shoes are often heavy with thick soles. Boots are often made from leather and feature serveral buckle straps as well as zippers on the side. 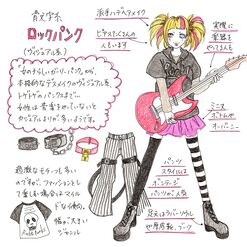 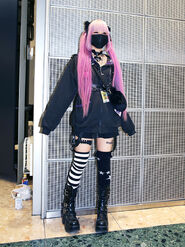 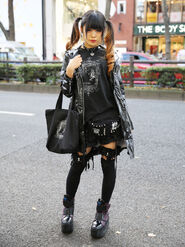 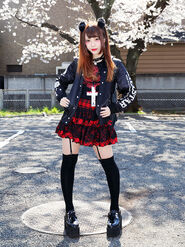