チーロリ
Qi Lolita (チーロリ) is a style of Lolita that is the combination with Chinese qipao. It is similar to the more common Wa Lolita, which combines traditional Japanese clothing with Lolita. It is also refered to as Han Lolita (華ロリ) when being based on hanfu.

Skirts are often paneled or slit, and decorative (or functional) frog fastenings are common on the bodices of dresses. Dress bodices are often patterned after cheongsam with high necks, and keyhole details being common design elements. Patterns range from cotton prints that are inspired by Chinese culture and traditions to more traditionally patterned brocades.

Qi Lolita is primarily designed by Chinese brands, and is usually a little less exensive as most Chinese brands have lower prices in general. However, many of the cheapest shops sell particularly low quality garments, and because Qi Lolita is specifically based on Chinese historic fashion, it’s best to avoid cutting costs too much because it may come across as if you are wearing another country’s culture as a costume.

Be aware that Qi Lolita can come across as being appropriative when worn by people who are not from China. If your motivation to wear Qi Lolita comes from a love of all things asian or because you are a sinophile, but you are not well versed in the culture, history and traditional fashion of China, it may be better to focus on a different substyle and/or learn more about the history of traditional fashion in China before attempting the style. 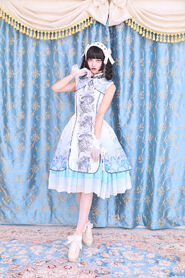 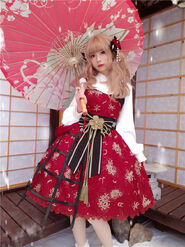 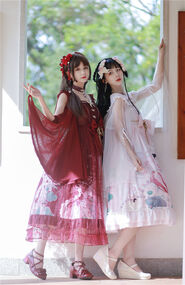 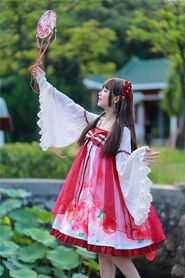 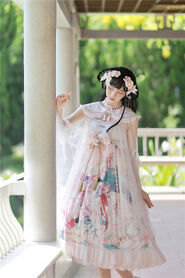 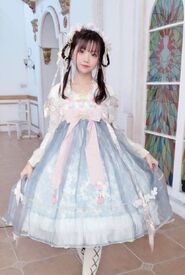