和ロリ
Wa Lolita (和ロリ) is a style of Lolita that is the combination with Japanese kimono. It is similar to Qi Lolita, which combines traditional Chinese clothing with Lolita.

Because very few budget options exist that are well designed, and because real kimono and kimono accessories tend to be expensive, Wa Lolita is more expensive than some other substyles.

Traditional Japanese fashion is a complex and rich art, where colors, styles, and motifs change based on the age, social class, marital status, and the gender of the wearer, and even the season. Because of this Wa Lolita is notoriously hard to get right. One must first have a good grasp of traditional Japanese clothing, which most people outside of Japan do not, and then one has to adapt that into Lolita fashion.

Cheap, mass-produced Wa Lolita garments typically combine kimono sleeves and the crossed front of the kimono bodice with a full Lolita style skirt and lace. The fabric is often either a cheap “asian” print brocade, or a very out of place loud cotton print.

However, when Lolita brands, like Metamorphose, make Wa Lolita, they tend to focus more on Japanese textile patterns and more subtle details. We still sometimes see the crossed front and waistband or large bow that emulates an obi, but the kimono sleeves are not used.

Alternatively, some Lolita pair solid colored skirts with actual kimono that have been folded. This is an advanced technique, but if you already own a number of kimono and want to try it out, here is a step by step guide.

Wa Lolita is often paired with more traditional hair styles and traditional Japanese accessories and jewelry. Leg wear is usually solid or subtly patterned over the knee socks or tights and shoes can be traditional geta, or simple classic Lolita shoes.

Be aware that Wa Lolita can come across as being appropriative when worn by people who are not from Japan. If your motivation to wear Wa Lolita comes from a love of anime or because you are a japanophile, but you are not well versed in the culture, history and traditional fashion of the country, it may be better to focus on a different substyle and/or learn more about the history of traditional fashion Japan before attempting the style. 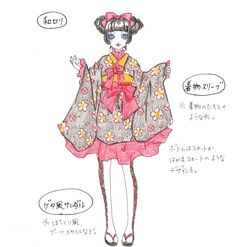 The Anatomy of Wa Lolita (mynavi.jp) 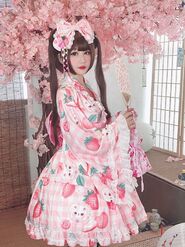 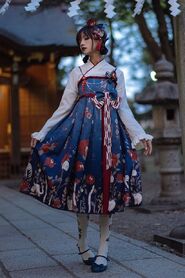 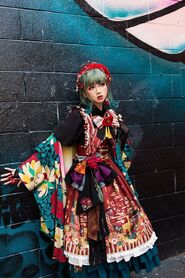 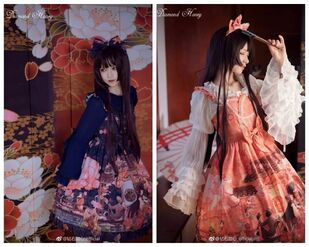 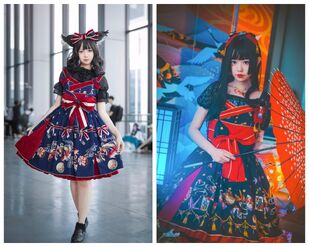